Generations of Ideas and Innovations.

In 1883, the meat industry in the United States was a sprawling and disparate collection of tiny packing and processing businesses.  Many shops were run by immigrant butchers practicing their old-world craft. Pig and lamb carcasses hung outdoors; ropes of sausage lay coiled in shop windows without refrigeration. Chicken was sold from wooden barrels, next to crackers. Pickled beef tongue wasn’t a delicacy, it was a staple.

Butchers were true craftsmen.  They slaughtered the livestock, dressed the carcasses, cut the fresh meat, made sausage and other specialties from the trimmings, and showcased their handcrafted goods in modest shops, with the dream of passing the business to the next generation.

This set the stage for the most dynamic and productive meat industry in the world, and provided the backdrop for the founding of our business in Kansas City.  The founders began by purchasing hides and sausage casings, and selling butchers’ tools and equipment, but they were progressive and farsighted in the realization that refrigeration would enable the retail meat business to prosper and grow.  And so began UltraSource’s development as an innovation-oriented company. 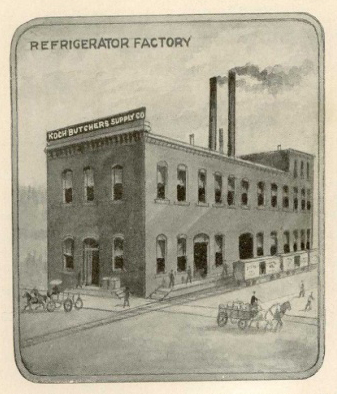 1916 – Koch outgrows its original location and moves to a new five-story building which included a retail salesroom and manufacturing facilities for coolers and marble top butcher counters.

1949 – Koch splits into two parts and the refrigerator division is sold.

1991 – Koch designed and began manufacturing a full line of packaging equipment, making it the only U.S. manufacturer of double chamber vacuum chamber machines. 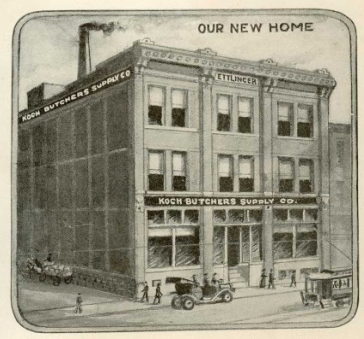 1997 – Koch College (now known as UltraSource Academy) is introduced and since that time almost a 1,000 people from 33 different countries have attended the course.

To be continuously in business for over 130 years, UltraSource has consistently changed to meet the needs of an ever changing market landscape.  As our customers grow and change, we also grow and change to offer different products and ideas.  Though change can be painful, it has always been our driving force to give our customers value they appreciate.  By offering innovative products, at an acceptable price, with great customer service, UltraSource continues to move toward a successful and bright future.